App are now part of our daily vernacular

It’s hard to remember a time when “App” was not part of our daily vernacular! In fact, it was only with the release of the iPhone in 2007 that the word app as we understand it today moved into popular use. The number of searches on Google involving the word has increased dramatically over the last few years, and in 2010 it was voted as the American Dialect Society’s word of the year because it had by then become so mainstream.

It is difficult to find precise statistics on the number of apps that now exist worldwide. Web apps are virtually impossible to number as they exist in so many different ways. But an estimate of mobile apps is possible – though ever changing! In July 2014, there were around 1.3 million apps available to Android users, and 1.2 million apps for iPhone.

The Fiksu App Store Competitive Index, which tracks the average aggregate daily download volume of the top 200 free iOS apps, surged to 9.2 million in December, growing 14% since November – which in itself had been a new record of 8.1 million. Micah Adler, CEO of Fiksu, called this new milestone “the new reality of apps”.

What impact does this have for marketeers? There is more urgency than ever before to prioritise digital media marketing and make sure that apps are being used effectively at every opportunity. To stand still is to fall behind! According to Adler: “We expect these factors will not only elevate costs for marketers, but also drive an evolution of marketing strategies. In 2015, just buying mobile ads won’t be enough to drive usage – app marketers will need robust strategies based on customer data and precision targeting to find the right users for their apps.”

In this blog throughout 2015 we will review some relevant apps and report on how they are being used as part of an effective digital marketing strategy. Watch this space!! 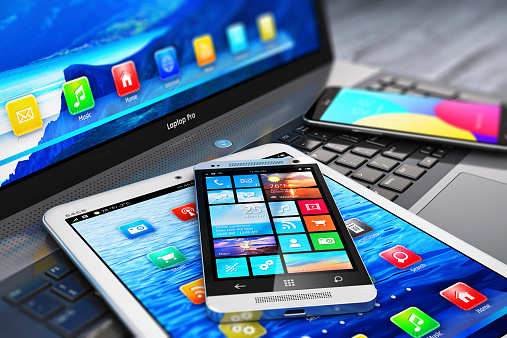