Healthy lunchtime meal made from three portions of vegetables.

Innocent Veg Pots are a healthy lunchtime meal made from three portions of vegetables. To increase awareness and sales, Innocent introduced a social media Twitter campaign called “Tweet & Eat”. The message was brilliantly simple – “the more you tweet, the cheaper you eat”. Customers were asked to tweet using the hashtag #tweetandeat.

Tweets were then counted on a Tweet-O-Meter and the more tweets Innocent received, the bigger discount they offered – even to the extent of offering a limited number of free pots. The campaign proved to be extremely effective.

There were over 18,000 tweets to #tweetandeat with it becoming a trending topic in just four hours. The tweets reached over five million people with 200,000 people visiting the site. 50,000 people downloaded a discount voucher for a product trial with 91% actually redeeming them. Post campaign sales were up by 31%. 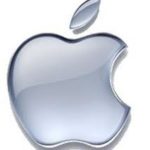